WHAT’S THE DIFFERENCE BETWEEN INDIAN AND CHINESE BLACK TEAS?

Black tea is the most popular and consumed beverage in the tea family. Some favourites like ‘earl grey’ have today become everyday companions to hundreds of millions of people around the globe. Full of health benefits, black tea also gives you sufficient energy due to the caffeine it contains, although the amount is far less than coffee. With so many varieties of black teas, discover what you might have missed about that beverage you’ve been drinking most of your life. 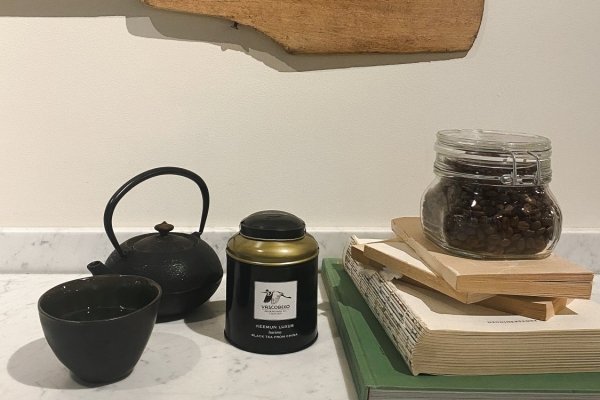 HOW IS BLACK TEA MADE?

In contrast to most fermented teas, black teas are oxidised, before being processed and dried, causing the leaves to develop into that dark brown or black colour. The leaves are then placed into an oven, which will give the beverage a toasty / roasty flavour and a stronger body.

Black tea is today grown and processed worldwide, regardless of geography or climate. Still, there are significant differences in flavours, based on the specific environmental features, the weather and maturity of the plant once harvested, and how the leaves were picked and crafted. And there are two leading families: those from china and those from India.

First discovered in China in the 17th century, black tea was later introduced by force by the British into their colonies in India and Sri Lanka to compete with China’s monopoly. They began to grow their own plantations before bringing them back to Europe in the 18th century. Back then, black tea was seen as an exotic drink that only the aristocracy would consume. In fact, it was used as a sign to indicate wealth and position in society before becoming one of the most consumed beverages globally.

Both countries have their own traditional culture regarding tea, yet they produce exquisite teas with unique but recognisable characteristics. Indian black teas are usually described with a more robust flavour that distinguishes most of them from their Chinese counterparts. Chinese teas are thus smoother and tend to have nutty & chocolaty notes.

Both India and China have a unique tea culture where tea is part of people's daily lives. However, black tea from China will never be drunk with milk or sugar, where it is sometimes a necessity in India with their tea being impossible to drink pure.

The Darjeeling region of India hosts what most consider one of the most famous tea: Darjeeling black tea. Some even call it the ‘Champagne of tea’, as it can only be found on the foothills of the Himalayas in Darjeeling - just like Champagne in France. ’First flush’ thus refers to the harvest done in spring, giving the tea a green and grassy taste, whereas the ‘Second Flush’ represents the harvest over the summer.

Although the flavour will highly depend on the season it is harvested, Darjeeling tea is most often described as a delicate fruit and floral tea.

Keemun teas are famous for their distinctive aroma and flavour, as they are oxidised for a more extended period. They have a fruity floral fragrance, smoky tobacco, and unsweetened cacao notes. Grown in the Anhui province of eastern China, this tea is commonly refined and elegant, with its exciting combination of sweet and spicy notes.

Being one of the world’s favourites, Early grey is made by infusing black tea leaves with bergamot, making it one of the most recognisable tea flavours. Lively, fragrant and sophisticated, it owns its success to its unique flavour and bold character. Today, the origin of who first put leaf to water’ remains unknown. Unlike other  Chinese blends, it can be enjoyed pure or with other ingredients such as flower petals, milk or sugar.