BACK TO BASICS: ARABICA VS ROBUSTA

As coffee lovers, you have most certainly come across the words Arabica and Robusta. Even though they are so common, most people have no idea what they mean. Grab your cup of coffee and sit down: it is time for some bean knowledge. 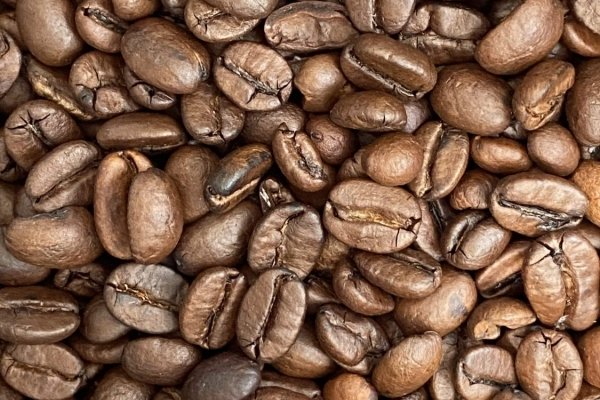 WHAT IS ARABICA COFFEE?

Arabica coffee comes from the beans of the Coffea Arabica Plant. Originally from Ethiopia, it is today being dominantly grown in Latin America such as in Colombia, Brazil, Ecuador, Costa Rica, Guatemala and Mexico. Arabica is by far the most highly produced bean species globally, making up around 75% of global coffee production. Yet, this coffee bean is fragile and must grow in a cool, subtropical climate at an altitude of 600-2000 meters. Besides, the beans also need a lot of moisture, rich soil, shade, and sun. Because of their fragility, they are more likely to suffer from various pests or poor handling, making them way more challenging to grow than Robusta beans. Still, Arabica beans are often considered superior in taste by coffee lovers. With a smoother and sweeter taste, the beans release flavour notes of chocolate, sugar, and often, hints of fruit or berries, which you can find in our L'Empereur and Le Roi blends, both 100% Arabica.

WHAT IS ROBUSTA COFFEE?

On the other hand, Robusta originates from the beans of the Coffea Canephora plant, primarily found in Africa and Indonesia. They are grown in lower altitudes of 200-800 meters as the beans are more resistant to diseases than their counterparts. Interestingly, this is due to its high amount of caffeine, which acts as a defence and creates a more hearty bean. While Robusta is easier, faster and cheaper to grow, it is often considered inferior and less desirable. Indeed, Robusta is typically known for having a strong, harsh, bitter and deep flavour. For this reason, it is most commonly used for making instant coffees, as well as a filler in specific blends. You can find a combination of Arabica and Robusta in Le Compte (90% Arabica 10% Robusta) and Le Chevalier (70% Arabica 30% Robusta).

Taste
- Robusta is often described as bitter and robust, with a peanut aftertaste and sometimes hints of dark chocolate. It has less acidity than Arabica, meaning it is harsher and releases more earthy, woody and burnt notes.
- Arabica coffee is much more complex, offering a more extensive tasting range: from being soft and sweet to sharp and tangy, it is commonly known for having hints of chocolate, nuts and caramel, and sometimes fruits and berries. It also has a higher acidity and slight bitterness, which produces a more delicate and pleasant taste.

Sugar & Lipids
- Robusta coffee doesn't have many natural sugars or lipids
- Arabica coffee has more than half the content of lipids and sugars compared to Robusta.

Price
- Robusta is a lot easier and cheaper to produce, so it's cheaper than arabica coffee.
- Arabica coffee is more expensive than Robusta due to its difficulty cultivating. It requires more energy and resources to grow and still produces fewer beans than Robusta, even though Arabica demand is higher.